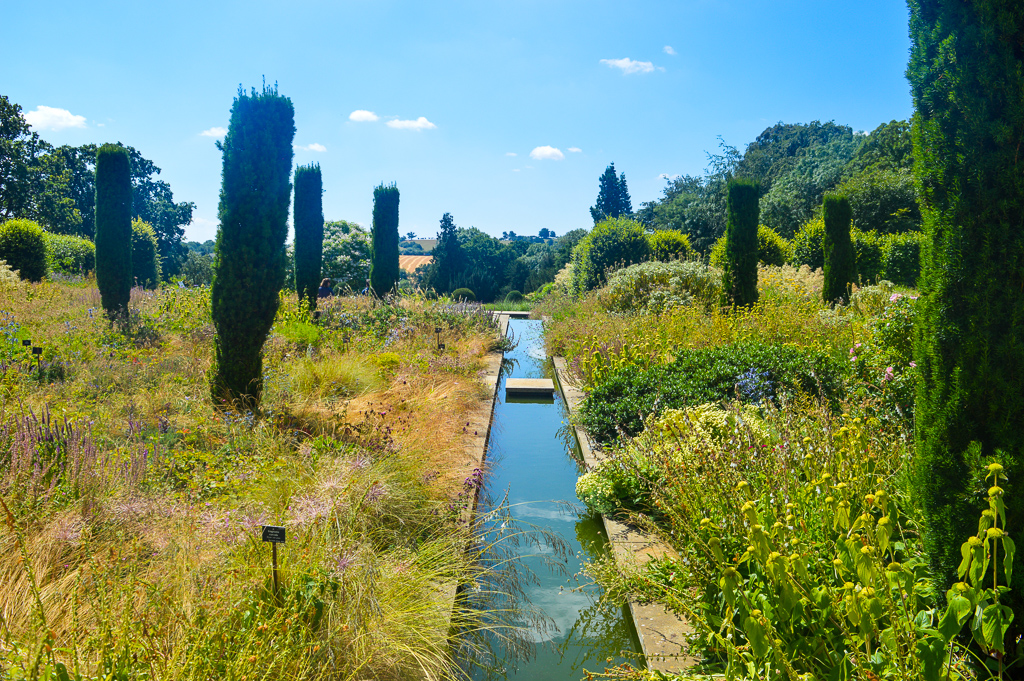 This year has very much been about gardens and gardening, including our own horticultural project which is ever on-going. Now our backyard looks like Glasto circa 2007 i.e. a mud bath. However, it does mean that we’ve been visiting lots of other gardens for inspiration and an open day at Broughton Grange in Oxfordshire certainly appealed. 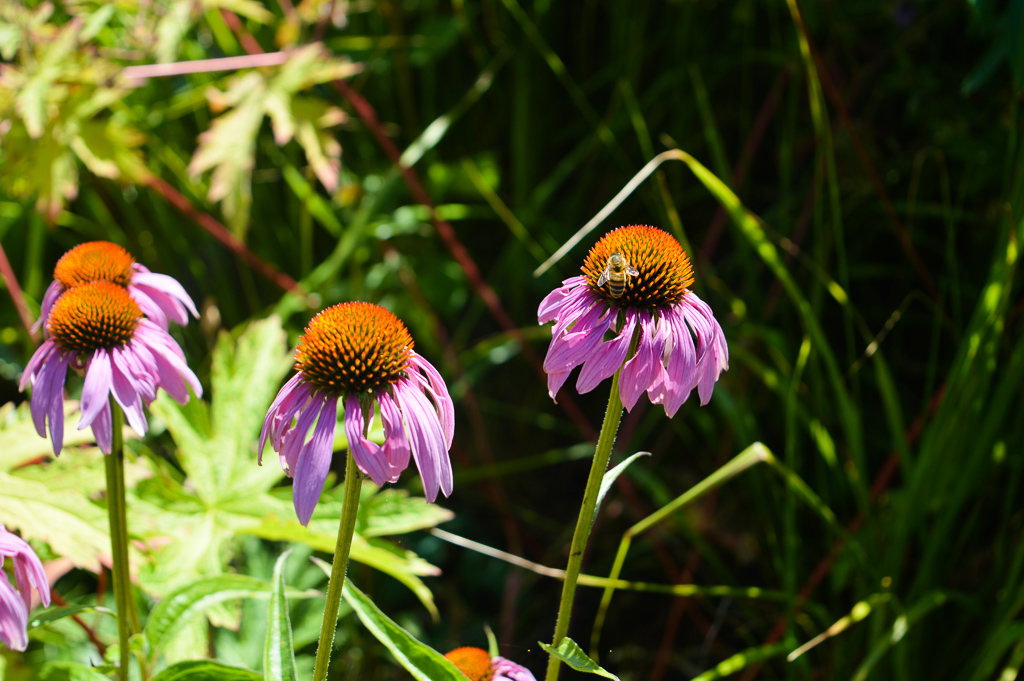 Pin me for later

The gardens are privately owned and are open just a few days of the year to the public, including every Wednesday from May to September, plus a few extra days for the National Garden Scheme which raises funds for a number of charities. We attended an open day at Broughton Grange which I believe was raising funds for Katherine House Hospice.

Here are three things you absolutely must see when visiting… 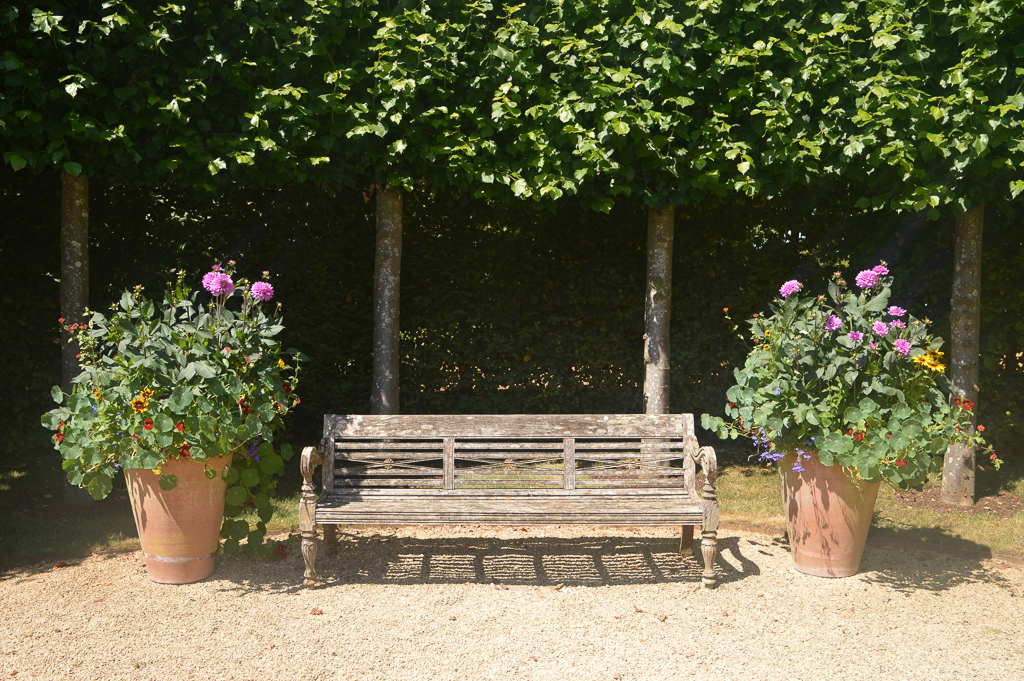 Broughton Grange’s centrepiece, the walled garden, was designed in 2001 by Chelsea Gold Winner, Tom Stuart-Smith. The whole house is set in 350 acres of gardens, parkland, and farmland and was owned for over 200 years by the Morrell family until its present owners in 1992. You need a good hour and a half to take in the whole site at a leisurely pace. 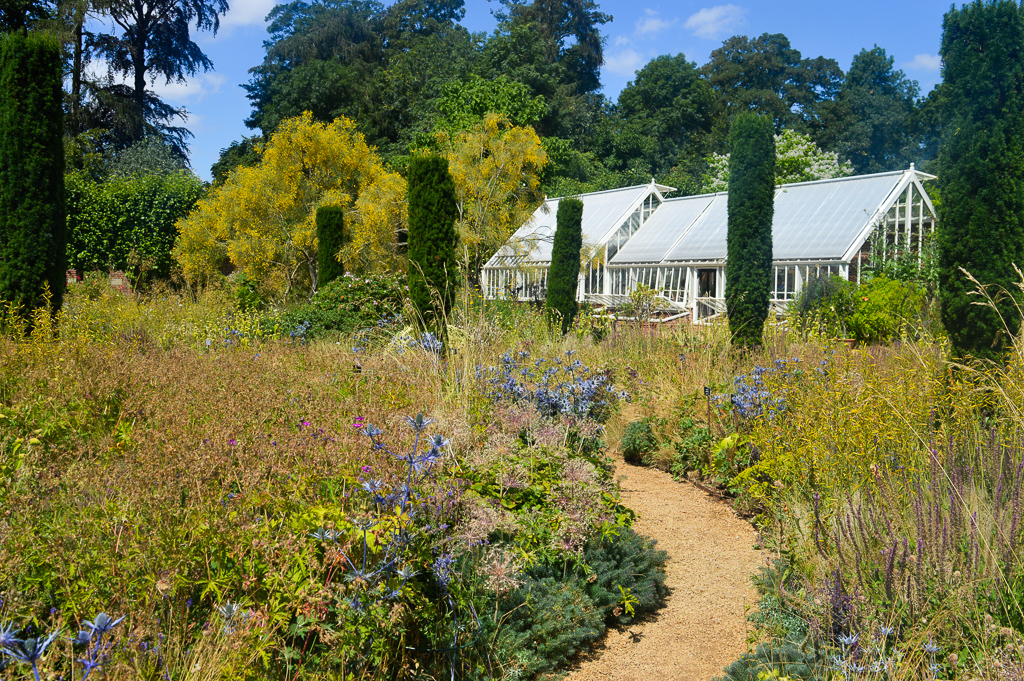 When designing the garden, Tom Stuart-Smith said of garden at Broughton Grange, ‘it was remote from the house … so there was kind of no point to it. It wasn’t a setting for a house, somewhere you all spill out and have a cocktail party and enjoy the view … it was absolutely something you made a pilgrimage to … and you got there, and the garden was the thing. I was immensely lucky to have this opportunity to make this garden that had no point.” 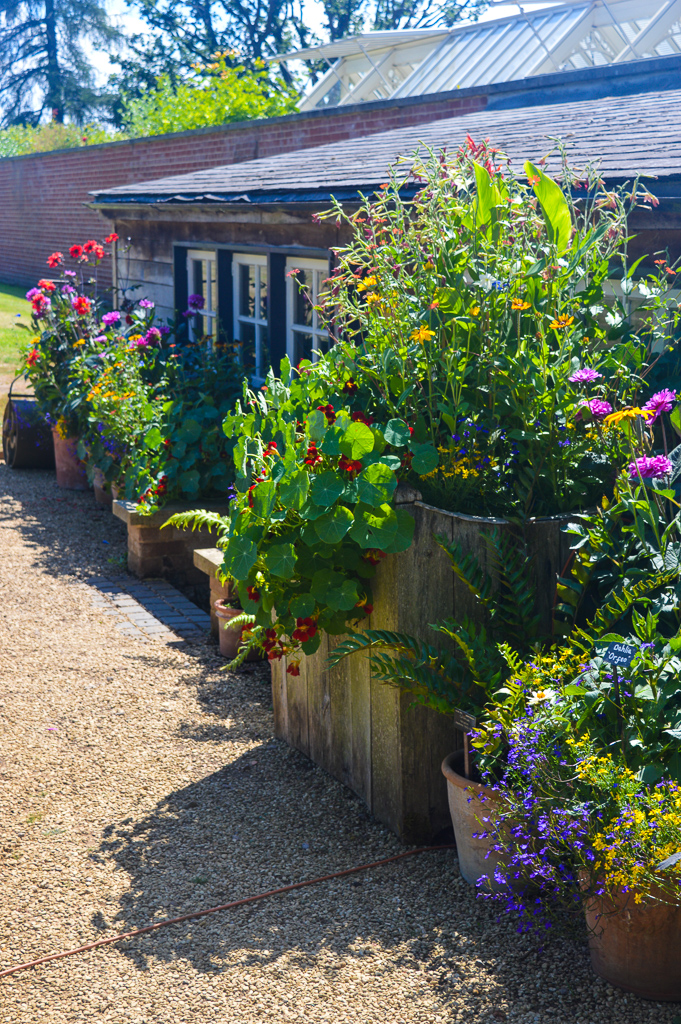 And that’s the feeling when you wander around the garden. There’s no set path, but inviting spaces to explore. 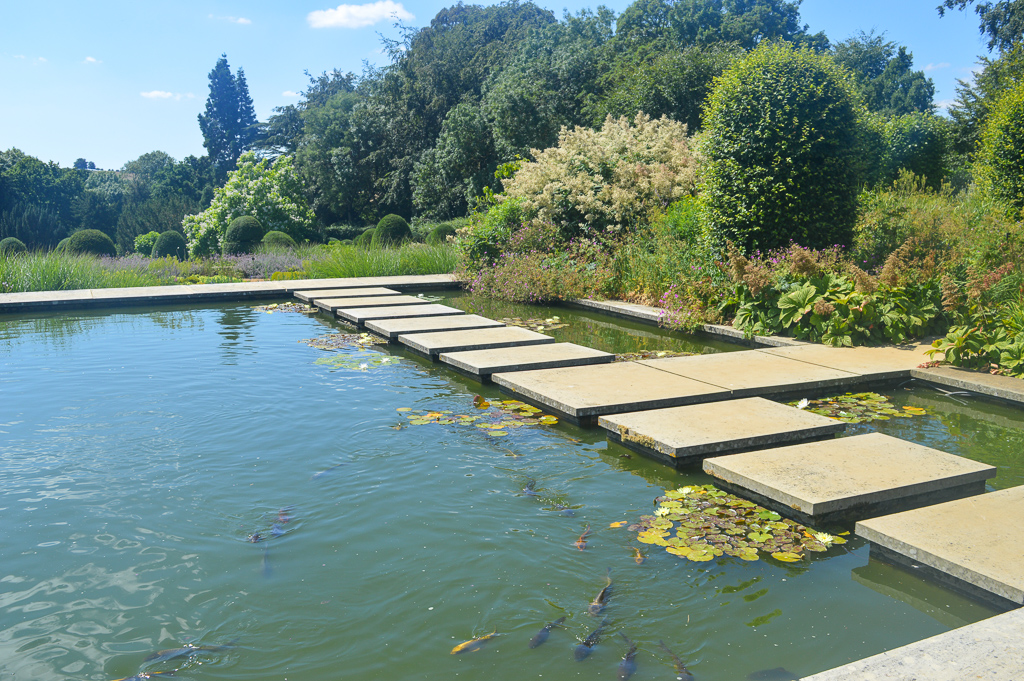 The walled garden is designed to a have interest all year round. In none-gardener’s speak, that means there’s something to look at even in the depths of winter. Beech, lime and pencil yews stand out against the large square, waterfall-filled pond and geometric paths create shape in winter, whilst in summer the place is filled with vibrant planting.  I’ve never seen a fish pond quite so busy – the koi carp were all over the place. The tall yews look like people gazing out into the landscape…

The walled garden has a series of terraces and the lower terrace features a parterre, which has a very unusual shape. It’s quite undulating and voluptuous and I’ve since read that the pattern of the box hedging mimics the cell structures of ash, beech and oak leaves found on the estate. I liked the brassacas used as ornamental planting (you normally eat them!) 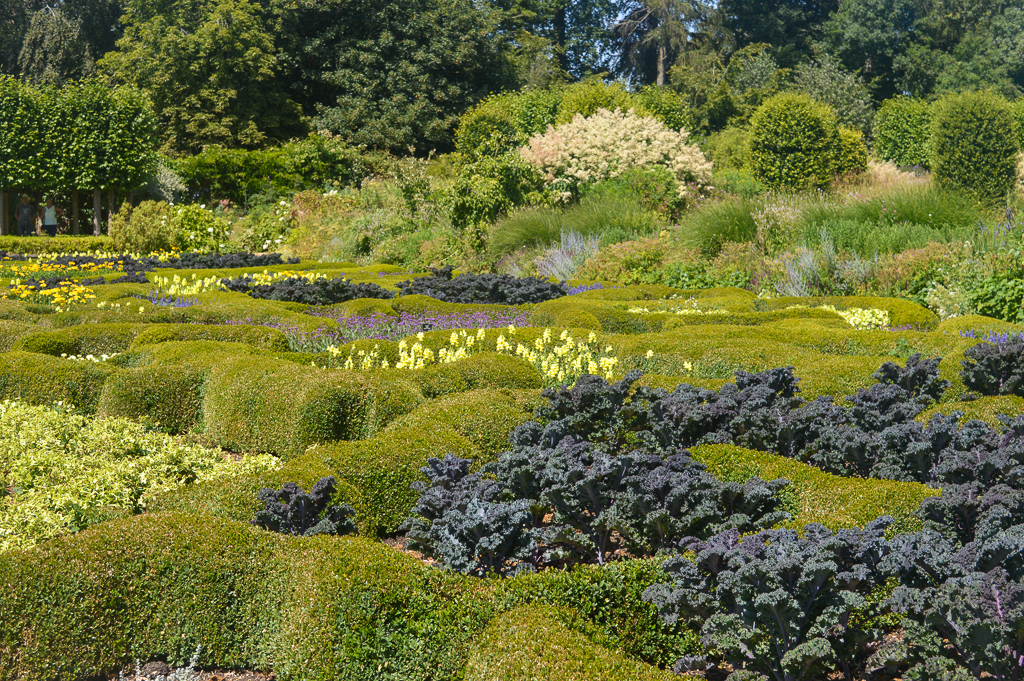 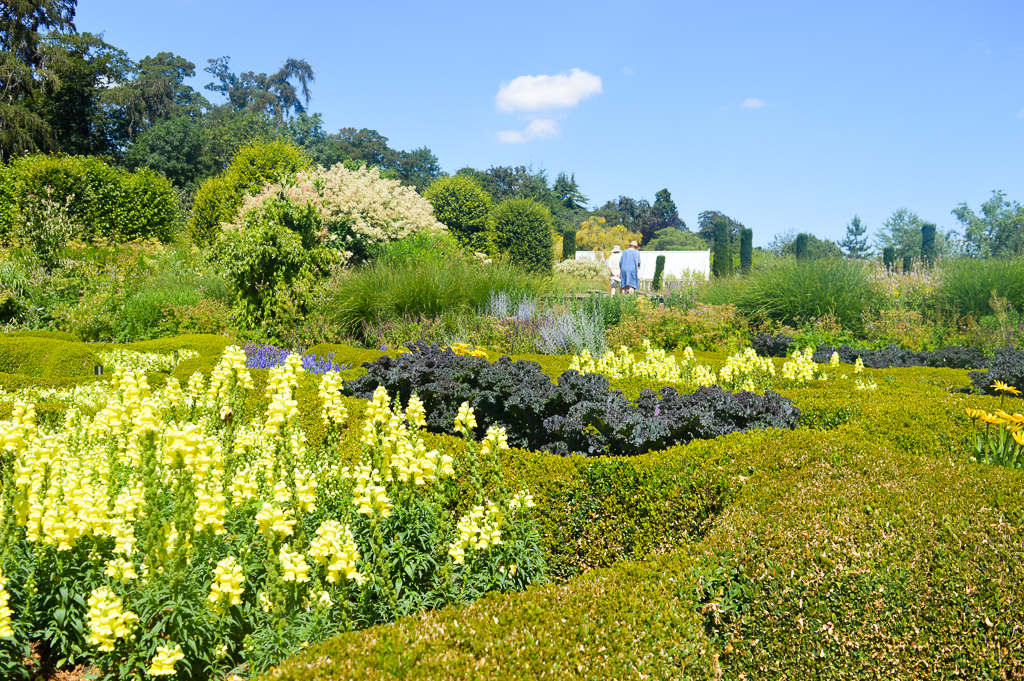 And one for luck…

There’s a lot to Broughton Grange other than the walled garden, which is perhaps the most famous part – it is billed as ‘one of the most significant private contemporary gardens in Britain.’ Tom particularly liked the peat garden, which uses large peat squares to shape a variety of beds and it featured an extensive looking irrigation system that kept the peat blocks damp to create the right planting conditions. 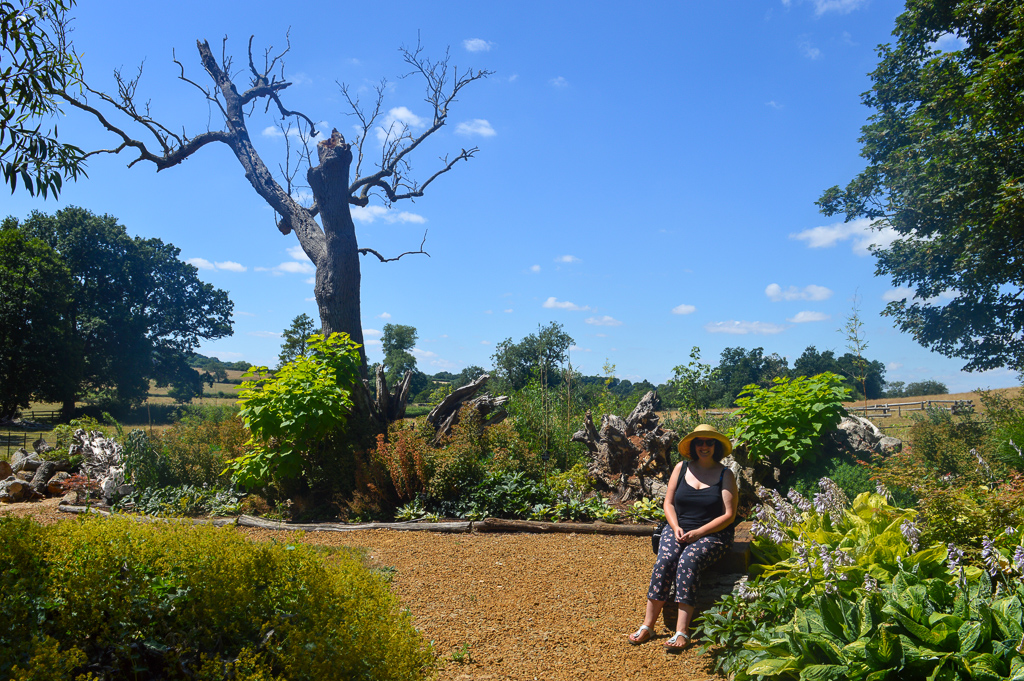 During the open day when we visited the owners laid on refreshments, coffee and cake, on the tea lawn. Entry normally costs £8 per person and there’s also a plant nursery, find more information on their website: http://www.broughtongrange.com

You may also enjoy:

This site uses Akismet to reduce spam. Learn how your comment data is processed.